Ford India had plans of launching a new Midsize SUV based on the new platform of Mahindra when the JV between both companies had been announced. However, now that both brands have parted their ways, Ford India officially doesn’t have an India focused product in the pipeline. The Ford CSUV project along with the others have been put on hold while the company is going through feasible options.

Ford Territory based SUV:
Ford is now officially considering resuming the development of the CX757 CSUV on the platform which underpins the Ford Territory SUV sold in markets including China and Brazil. The Territory is based on a lower cost platform by Jiangling Motors Corporation or JMC. The Territory was designed with the help of Ford’s R&D center in Australia to ensure quality standards and this is where the R&D of this new CX757 SUV is also likely to take place.

Dimensions:
While the CX757 was initially designed to be based on Mahindra’s new XUV700 platform with a similar length and wheelbase, the Ford Territory too has an identical wheelbase of 2,716mm. Also the Territory is likely to be similar in length to the new XUV700. This means Ford can easily integrate the design of the CX757 to the Ford Territory JMC platform without any significant changes to the Pininfarina design of this SUV.

Design:
The new CX757 is confirmed to have been designed by Pininfarina, the world famous studios that have designed numerous beautiful cars including some of the best Ferraris. Despite being based on the JMC platform, this new C-SUV is likely to be vastly different when compared to the Territory SUV.

Features and Tech:
Just like the exterior, the interior of the CX757 too will be significantly different compared to that of the Ford Territory’s. However most of the tech and features of the Territory are expected to be carried over to this SUV. Just like the Territory, it is expected to feature a dual tone colour theme with faux wood or metal finish along with plenty of soft touch surfaces for a premium feel.
The new C-SUV is likely to offer the latest tech and features in the Ford portfolio.

Powertrain:
Ford currently manufactures the 2.0L EcoBlue Turbo Diesel engine in India for the Ford Endeavour. This engine is also being used in some FWD cars like the Mondeo and Edge abroad. So it will be easy for Ford India to fit this same engine under the bonnet of this new C-SUV as well. This engine is capable of producing 170PS Max Power and 420NM and is likely to be mated to a 6 speed manual and automatic transmissions.
Ford is also likely to introduce a new 1.5L turbo petrol Ecoboost engine producing around 150PS of power through similar transmission options. It is also likely that this engine will offer a 48V mild hybrid system as well.

Launch and Price:
The new Ford CX757 SUV is expected to be ready for launch by the second half of 2022. When launched, it will compete against the new Mahindra XUV700, Tata Harrier/Safari and the MG Hector siblings. Expect the pricing to be in a similar range as well.
Stay tuned for further updates. 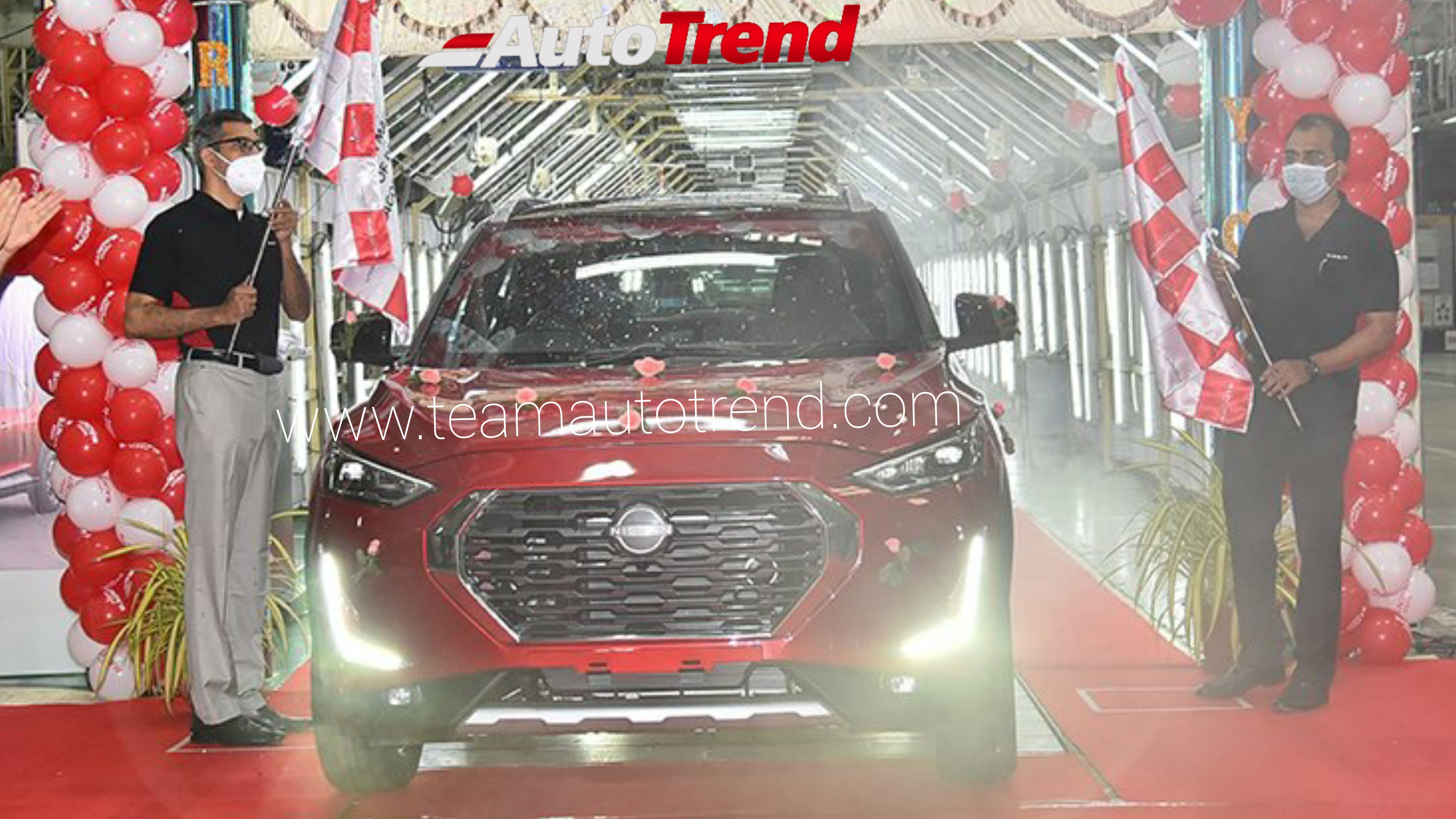 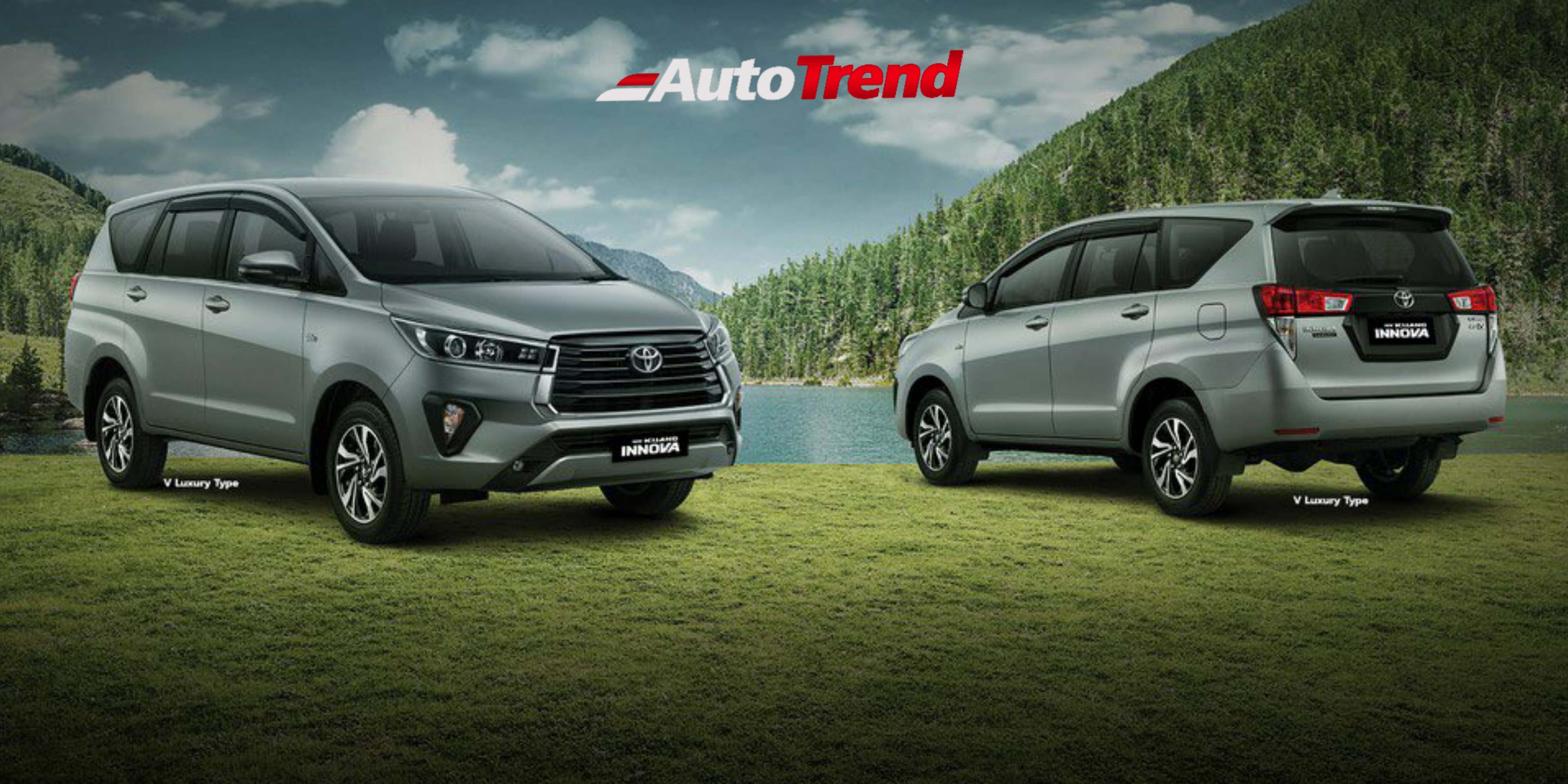 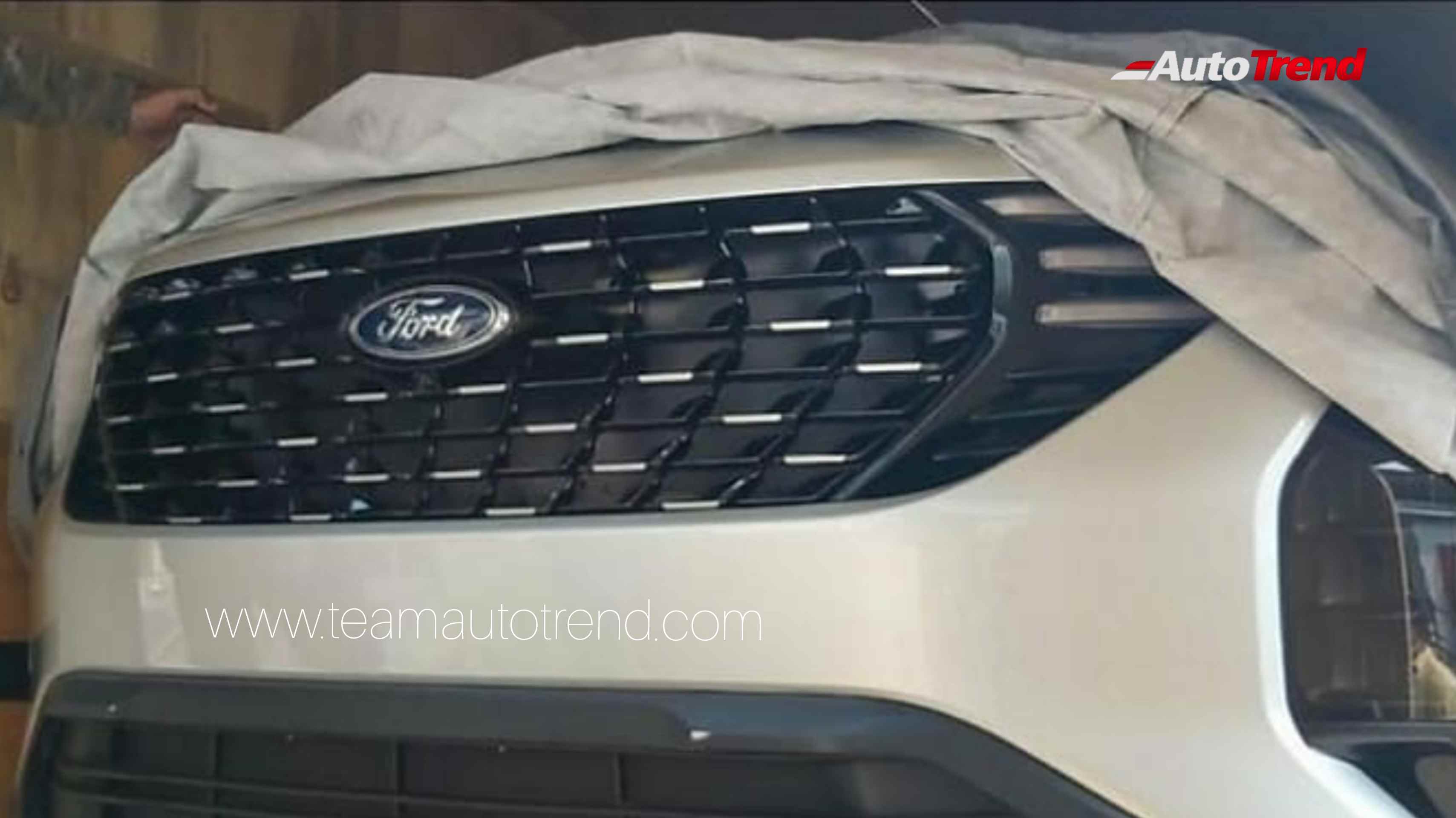 Ford C-Segment SUV Design Almost Completed by Pininfarina. The front design Spotted Ahead of Launch. The spy image reveals the new attractive front chrome and glassy black design and Mustang-inspired LED DRL's. Also, It will get a completely different design, different wheelbase and It will be more enthusiast-focused, gives better driving dynamics than XUV500.

Ford India and Mahindra had formed a strategic alliance last year. The collaboration, using the strengths of both companies to deliver operational excellence and value to stakeholders. The partnership will allow Ford and Mahindra to offer a new product to

customers faster than before and will deliver profitable growth to both companies.  We have more received news that Ford’s new line-up of SUVs from the Ford-Mahindra joint venture will be designed by Italian design house Pininfarina which itself is now owned by Mahindra.

This new mid-size 5 seat Ford C segment SUV is likely to be based on the next-generation Mahindra XUV500 which is currently in the testing phase. Both, the underpinnings and the powertrain of the XUV500 will be shared with the Ford SUV. The ford Version of the SUV will get a completely new design and different wheelbase and it will be enthusiasts focused and get better driving dynamics than the XUV590.   The Mahindra XUV500 is likely to be powered by a mHawk 2.2-litre diesel producing 156PS and a 2.0-litre turbo-petrol engine from the mStallion engine family producing around 170PS. The new Ford ‘CX757’ SUV will rival the Jeep Compass, Tata Harrier and the MG Hector in the Indian market with a market launch expected to happen only after the launch of the new XUV 500 next year.

A smaller 4300mm length B-SUV will be launched after the C segment SUV. Codenamed ‘BX745’, the B segment SUV is likely to be based on an extended version of the XUV300 and is also expected to be designed by Pininfarina. The B-SUV is likely to arrive with a 1.5-litre TGDi (turbo-petrol) from Mahindra mStallion family producing around 150PS and a 1.5-litre diesel producing 120PS as well. The smaller B segment SUV will compete against the best selling Hyundai Creta and the Kia Seltos when launched later in 2022.

The last of the three new SUVs is the next-generation Ford EcoSport subcompact SUV. This new EcoSport is codenamed ‘BX744’ and is also likely to get the design inputs for Pininfarina. The next-generation EcoSport is expected to be powered by the Mahindra XUV300’s 1.2-litre TGDi (turbo-petrol) engine producing 130PS along with the familiar 1.5L 4 cyl diesel engine producing 120PS.

Based on the XT variant, this new XT+ variant offers a massive Panoramic Electric sunroof in addition to the standard features. This panoramic sunroof is claimed to be best in class with anti pinch, global closure and rain sense closure features similar to that of the top spec XZ+ variant.

Other than this feature, the XT+ will carry forward the same specifications as on the XT variant. Standard features will include:

Standard safety features on the Harrier BS6 include:

The new Harrier XT+ variant is priced at RS 16.99L ex-showroom. Priced at around RS 50,000 more than the standard XT variant, this new variant could effectively compete against the similarly priced and equipped Hyundai Creta while offering better value for money and attracting buyers preferring a panoramic sunroof. 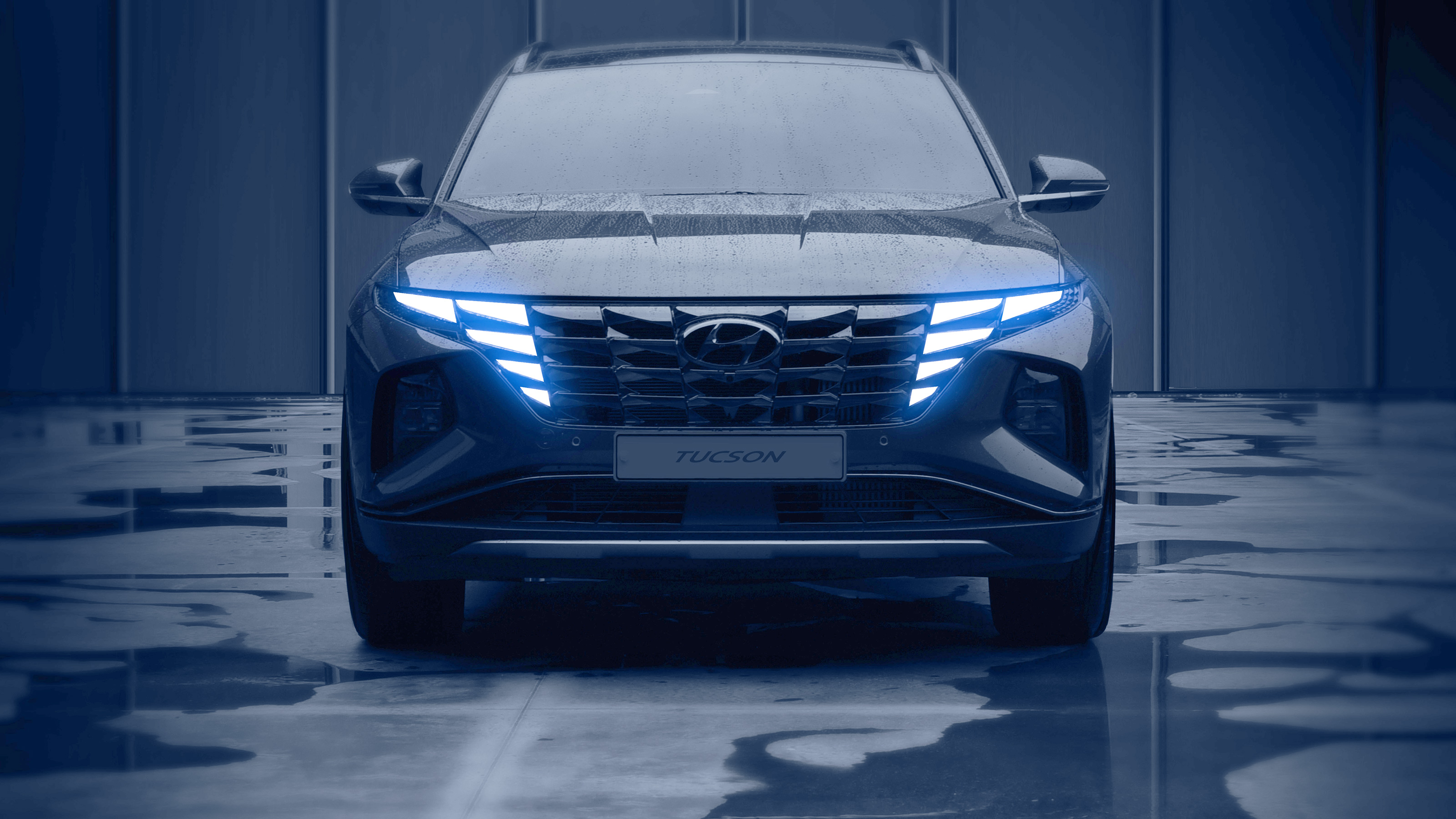 Hyundai will be unveiling their next-generation Tucson SUV really soon. The carmaker has released few teasers of the exterior and interior of the SUV. This here is a quick walkthrough on the highlights of this new Tucson SUV going by the teasers.

The new Hyundai Tucson will sport a unique and radical design language. On the front fascia, the Tucson will feature the new “Parametric Hidden Lights” design, in which the headlamps blend in with the Jewel-like cascading grille itself. From the teasers, it’s also clear that the 2021 Tucson will be longer and wider than the current model. The sides

will have sharp, dynamic creases lending the SUV a much more athletic stance. The roofline will feature Chrome mouldings which flow from the A-pillar to the tailgate whereas the LED Tail lamps will be connected by a long LED bar. The new Tucson is also expected to receive unique looking 18 & 19” alloy wheels.

The new Hyundai Tucson interior will feature a design layout similar to the Hyundai Creta.

Some of the expected features are:

Other features and specifications will be revealed closer to the reveal date. The new Tucson will be revealed on the 15th of September 2020 globally at Seoul.  Stay tuned for further updates on the 2021 Hyundai Tucson SUV.