Compare
Kia Picanto 2020: Will it come to India? 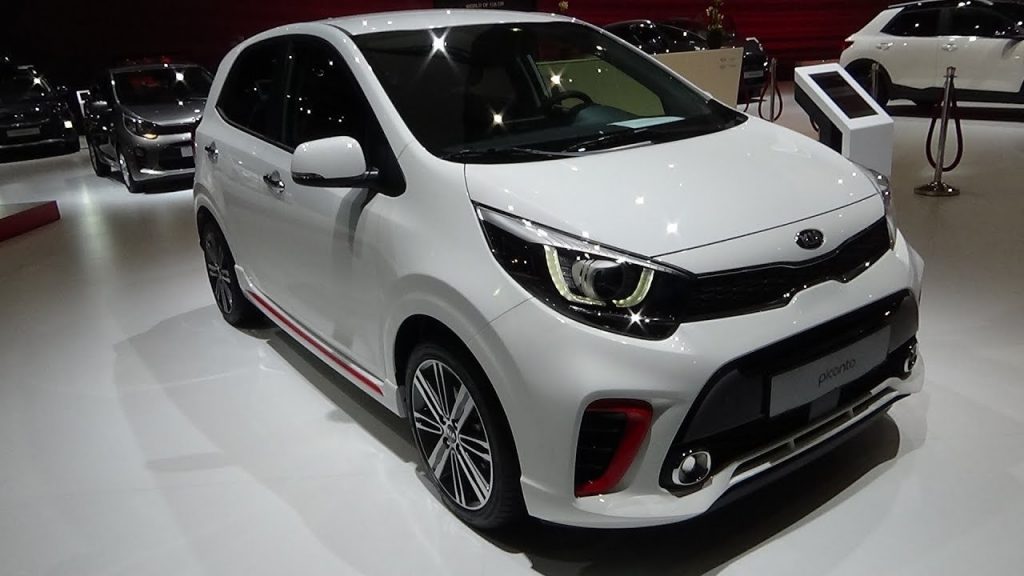 The compact SUV and SUV segment in India is booming, so much that manufacturers are shifting their focus to producing tall, beefy looking cars with erm… small engines.

But what about hatchbacks? Well, they’re still in demand too and we think they still would be in the near future. After all, small, affordable and peppy cars are always good in have in congested cities. Speaking of small cars, the Kia Picanto has made quite a name since its launch a few years ago. Also known as ‘ Kia Morning’ in many countries, the Picanto is available in three engine options, funky colours and a few of the so called attractive features.

Based on the Hyundai i10 platform internationally, the Picanto is quite similar in size to that of the i10 making it look like one too, if you look closely from different angles. But that’s possible only if you have a keen eye. The 2020 avatar of the Picanto has many aesthetic changes made to it which make it a bit overwhelming for a small car.

The front end gets a new chrome ‘Tiger Nose’ grille, LED projector headlamps, a redesigned bumper with a new place for the fog lights and bigger air dams. Overall, we think Kia has tried to make the Picanto look a bit aggressive but the front actually looks like there’s too much happening there all at the same time. A bit cramped of sorts.

The rear and sides too don’t miss out on the 2020 updates. The rear bumper gets a diffuser, taillights are now LED and the alloy wheels get a new design. Yes, we know, it looks like it has fake exhausts. The look at the back is opposite from what’s happening in the front. There’s lots of space the designers could fill stuff in. Or not, perhaps.

Speaking of the interior, most things looked the same as the earlier models except for a few additions that would make it a highly attractive package in India. A large eight- inch touch screen Infotainment System with UVO connectivity suite, automatic AC, push button start- stop, an electric sunroof, ventilated front seats and a semi digital instrument panel with a 4.2 inch multi- information display. As keen drivers, we liked the electric sunroof bit the most.

Safety too isn’t compromised. It has what most modern small hatchbacks come with- seven airbags, ABS, EBD, reverse parking assist, and many other features which we may not see in India even if the car is launched soon. The seven airbags option is also a great start in terms of safety for a small car like the Picanto and we do hope to see it if at all the car is launched in India.

Speaking of the Kia Picanto launch in India, Kia has expressed that it isn’t keen on entering the hatchback segment in India yet, especially when it is currently focussing on bringing the compact SUV Kia Sonet into India soon. But with times changing quickly, you may see the Picanto on Indian roads sooner than expected. Or, maybe not so soon. Well, only time will tell in case you’ve been waiting for this hatchback. 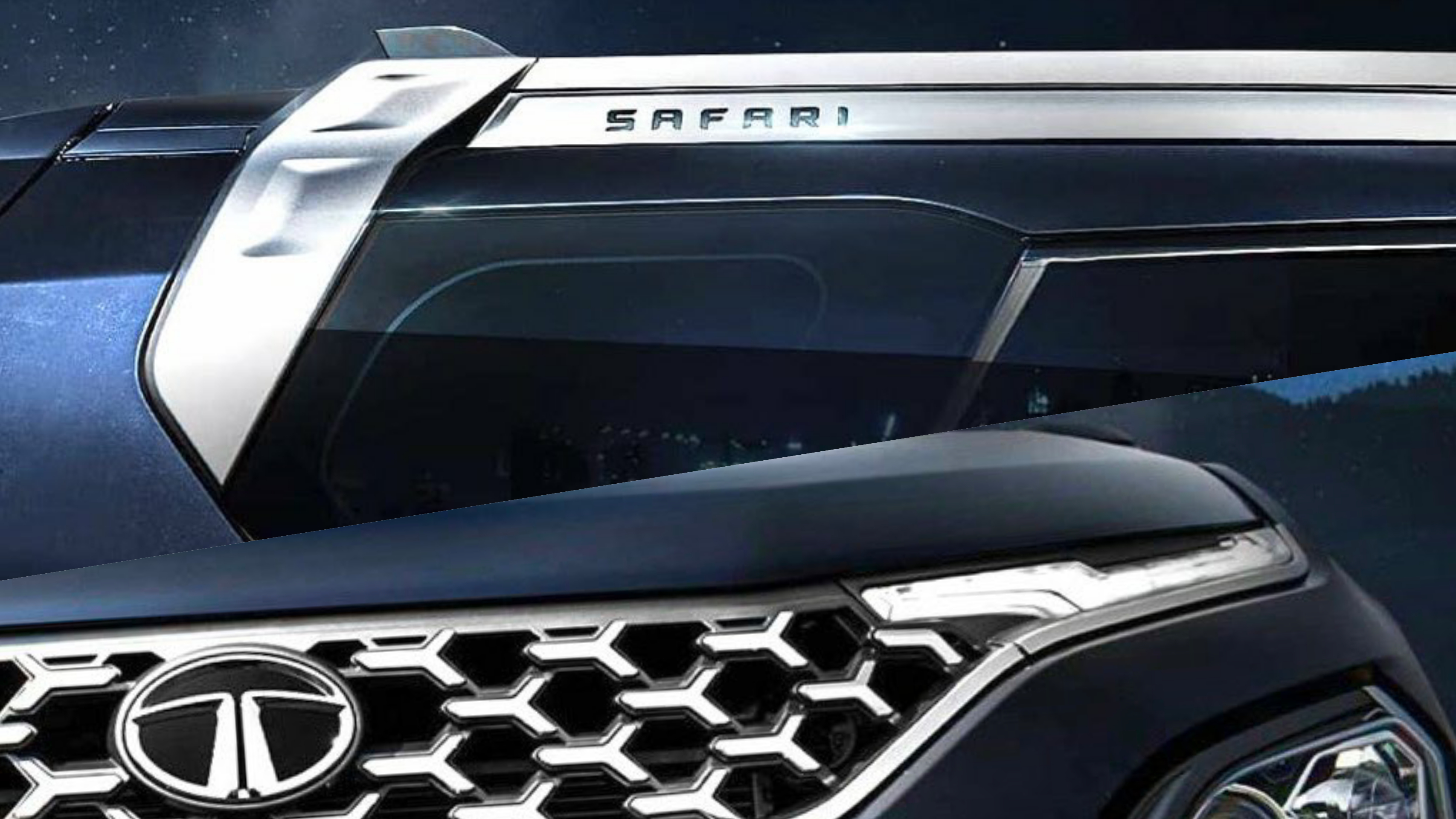 Tata Safari - The Legend Returns With a New Avatar! 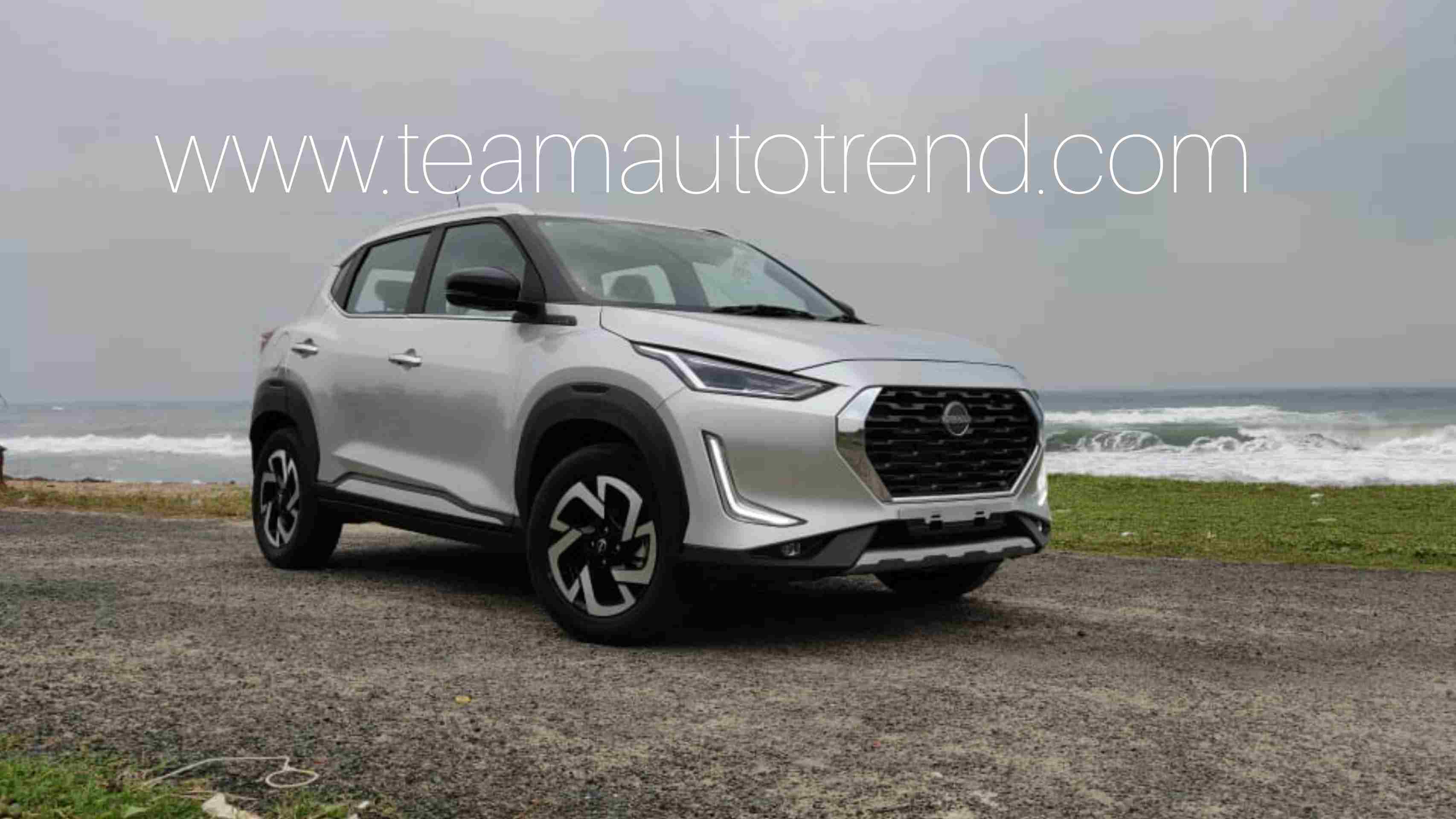 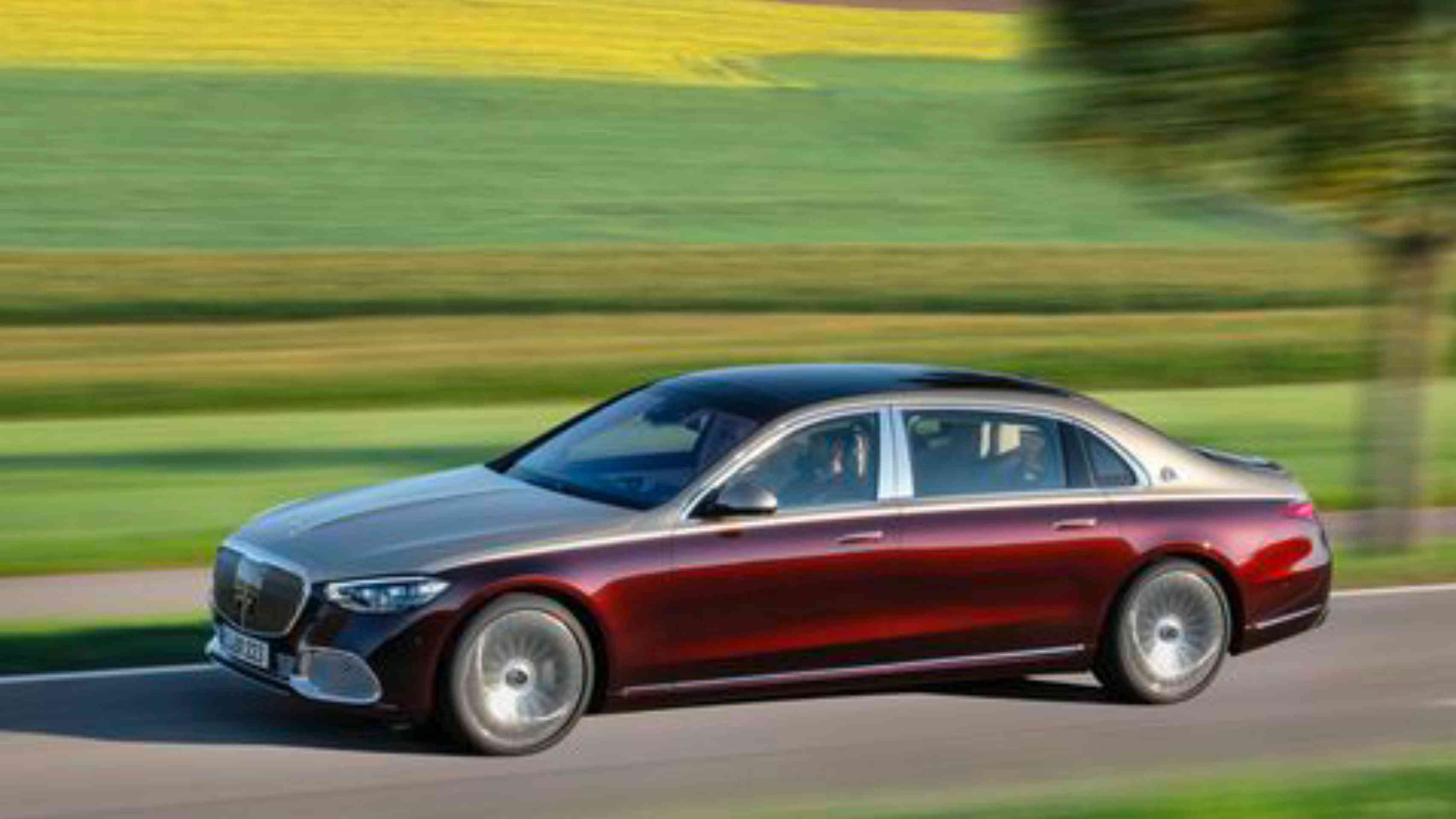 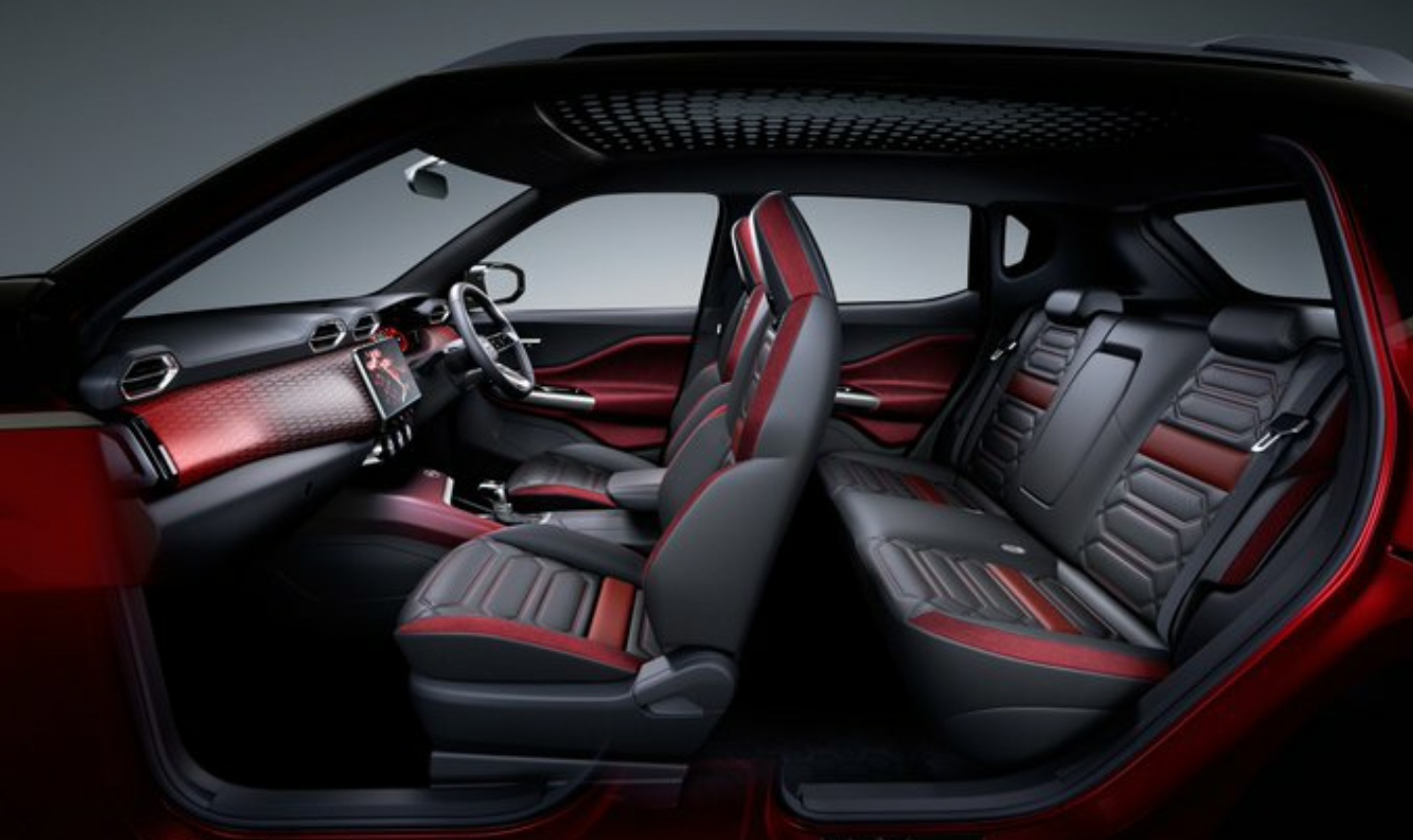 Nissan will be unveiling their new Magnite compact SUV later this year. This here is a quick walkthrough on the highlights of this new Compact SUV in town.

The new Nissan Magnite, though being based on the Renault Triber's CMFA platform, will sport a unique and aggressive design language. The Magnite will feature a large Octagonal grille at the front of an aggressive bumper design. The new Magnite will also feature large L-shaped LED DRLs on either side of the grille. The sides will have strong muscular shoulder lines and squared-off wheel arches. The Tail lamps will receive 3D LED treatment

as well. The top trim levels will receive funky looking 16” dual-tone alloy wheels whereas the entry-level variants are expected to receive 15 inch Steel rims. A dual-tone roof option is also expected to be provided at launch.

The new Nissan Magnite interior will feature a traditional design layout with some nice design touches. The interior is expected to sport a hexagonal theme with hexagonal AC vents, the hexagonal pattern on the seats while the centre console will house a freestanding 8-inch Touchscreen system. All the variants are expected to get a dual-tone theme. Space is expected to be comparable to other compact SUVs while also providing an ample number of features.

The top trim levels will receive Auto headlamps, Auto wipers, Cruise control, Auto climate control, a semi-digital instrument cluster similar to the Triber and armrests for the front and rear seats. The touchscreen system will also be available with Connected car features & telematics control unit through the Nissan connect app.

The Nissan Magnite is expected to offer boot space compared to other compact SUVs in its class complementing all the storage options in the cabin. All variants will get flat-folding rear seats too.

The new Nissan Magnite will be providing dual airbags with ABS and EBD as standard across all variants. The top variants will also receive Side airbags similar to the Renault Triber along with Vehicle stability management, Electronic Stability Control, Hill hold control and smart key access system.

This Nissan Magnite will go on sale by early next year and compete against the likes of the Hyundai Venue, Tata Nexon, Mahindra XUV300, Ford Ecosport, Maruti Suzuki Vitara Brezza and the new Kia Sonet. Prices are expected to start from around ?6L on road for the base petrol variant and go up to ?11L for the top-spec automatic variants. Stay tuned for further updates on the Nissan Magnite compact SUV.

Jeep Compass Facelift Facelift Revlead - As we know so far! 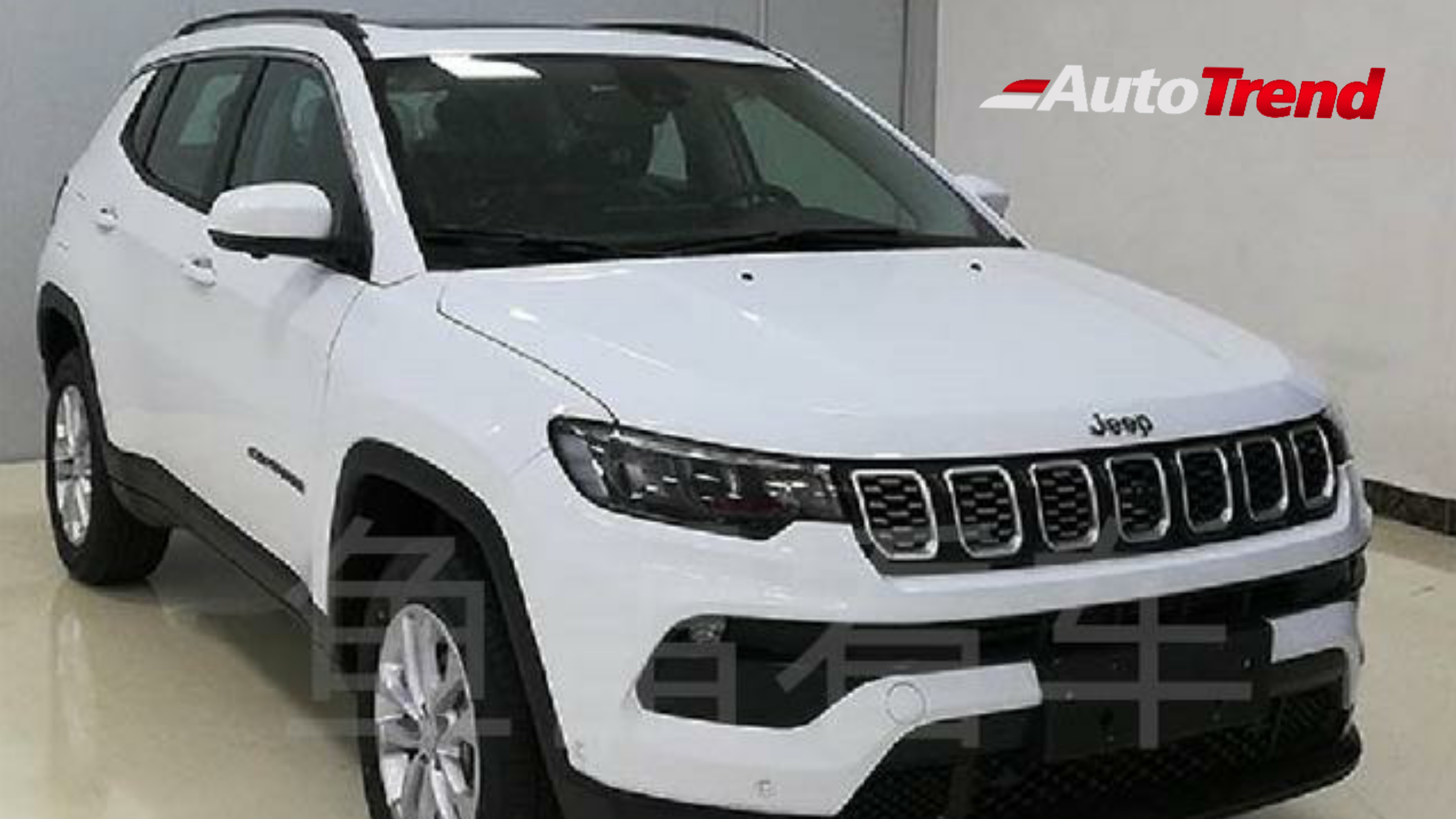 The first images of the 2021 premium compact SUV Jeep Compass facelift have been leaked online. The leaked images of the new model are from China. The facelifted model is expected to make its world premiere later this month in that country.

At first glance, the headlamps get minor design tweaks, with a slightly more angular treatment. The headlamp inserts too are new and the Headlamps themselves are expected to be full-LED units on most variants.

The seven-slat grille design gets more prominent honeycomb-like inserts. The front bumper is all new with a curvy contrast-black insert placed above the front air-dam

connecting both fog lamp units. The new bumper does not feature separate LED daytime running lamps, which means they will now be integrated into the headlight units.

The new Compass Trailhawk will also come with a unique front bumper design along with an all-black grille, dual-tone hood and the trademark red hooks upfront. The refreshed Compass Trailhawk also gets new-look 18” alloy wheels.

At the rear though, the changes are minimum with the mildly re-profiled tail-lamps and the new inserts.

The new Jeep Compass facelift is expected to recieve a much-larger 10.1-inch touchscreen U-Connect5 infotainment system with few connected car facilities as well. It is also likely that the top spec variants will receive a fully digital instrument cluster as well. While the rest of the dashboard will have no design changes, the material quality is expected to be improved significantly.

Tata’s Nexon EV is a pretty muscular SUV that comes packed with an IP67 waterproof 30.2kWh Lithium Ion battery delivering 127.0 BHP to the front wheels and along lot of torque. 245nm to be specific. Underpowered will definitely not be a description when someone drives it. What comes with power though? A reduction in mileage. But since this is powered by an electric motor, you can charge it even while decelerating/ braking. Thanks to its regenerative braking feature which can be toggled between varying levels depending upon the amount of regen one prefers.

As a result, this is an excellent package

for the city because all we do is start stop repeatedly until we arrive at our destination. In case you’re wondering about fast charging. The batteries on the Tata Nexon EV will charge from 0% to 80% in an hour. That’s excellent because these days, you never realise how time flies. A couple of phone calls, check your social media notifications, a loo break, a short tea/coffee break and you would’ve spent way over 60 minutes already! Also, the Nexon EV comes with an ARAI certified full charge range of 312 kilometres which should take care of… a week’s commute?

The Nexon EV carries over many things from the Fossil Fuel powered older version of the Tata Nexon like drive modes and an overall feel of the cabin. But some instances like the front profile, rear bumper changes and colour are totally new. Frankly speaking, we like this new look of the Nexon as it looks more modern, more muscular and more SUV- ish. Small highlights to its design give a feel that the manufacturer took the looks of this car quite seriously.

Coming to some dimensional numbers- the length of the car is just under 4 metres, it seats 5 people quite comfortably, has a generous boot space of 350 litres and with a ground clearance of 205mm, you could go over almost any obstacle without frowning.

Speaking of the cars multimedia features and what it has to offer in terms of comfort- well, we’ve seen Tata check most boxes earlier in the older Nexon as well. Naturally, the Nexon EV too would get loads of features. The top end variant XZ Plus LUX which costs around 16 Lakhs Ex-showroom packs a sunroof, a 7 inch touch screen infotainment system, Projector headlamps, LED tail lamps, cornering fog lights and all the other Nexon goodies.

In the safety department too, there are no compromises. Tata has been repeatedly proving that safety does matter to them. In the Nexon EV, you get ABS, EBD, 2 Airbags, vehicle stability control system, ISOFIX Child seat mounts and much more, which sort of does add to a lot of confidence when one drives the car. However, the addition of side and passenger airbags would’ve made this package a perfect one.

In terms of the drive and feel, this feels like a comfortable, hassle free automatic car (since it has no gears) while not completely alienating you from the Internal combustion feeling. Thanks to its regenerative braking. You do get a new world feeling when you look at the new instrument cluster and the fact that the Nexon EV won’t have to go through periodic oil changes and other service compulsions that the Internal Combustion Nexon would have to go through.

To conclude, the Nexon EV has made quite a mark in the electric car scenario in India. With a competitive pricing and a package that has almost all things covered including safety, what else can one ask for? 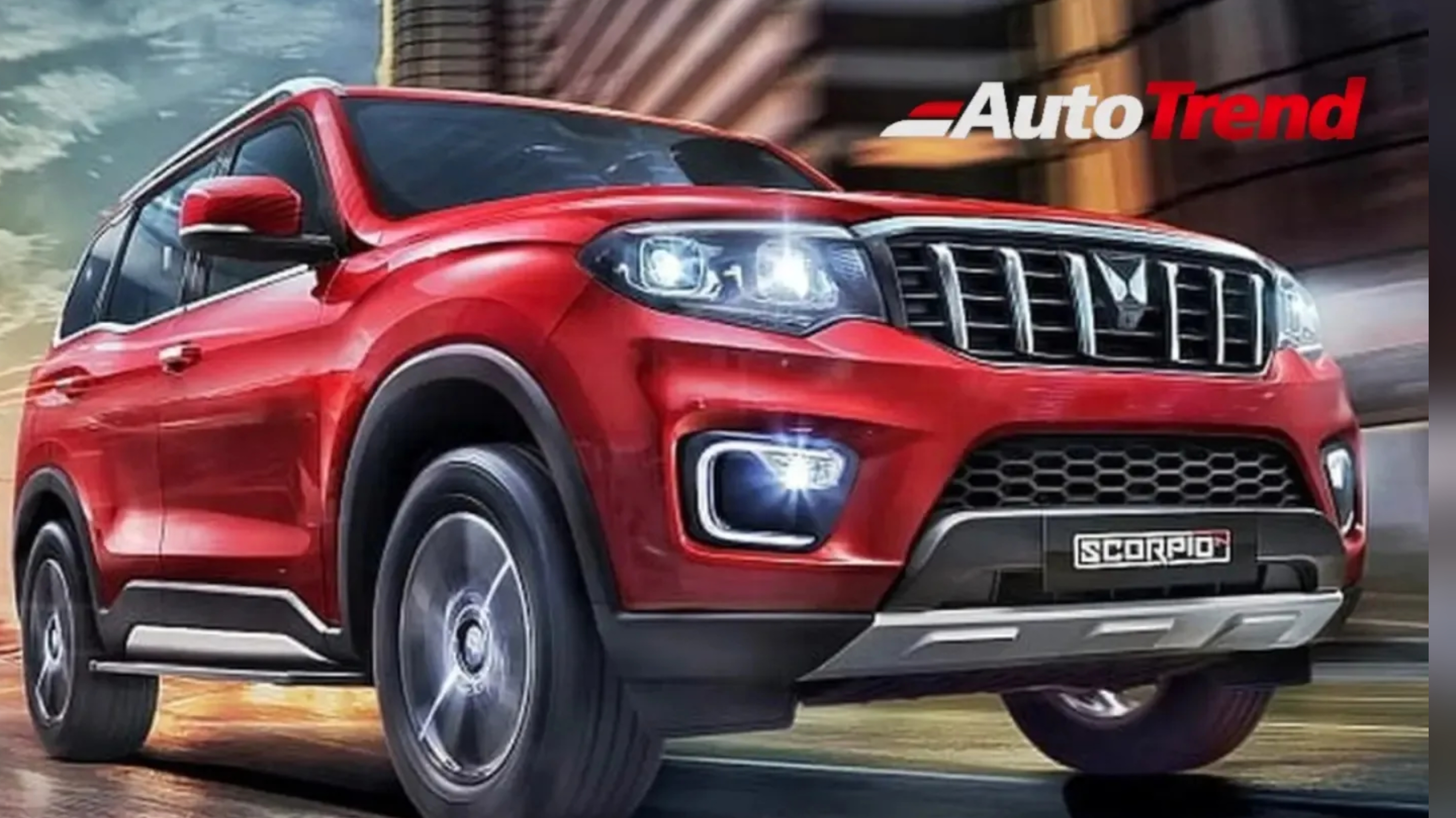 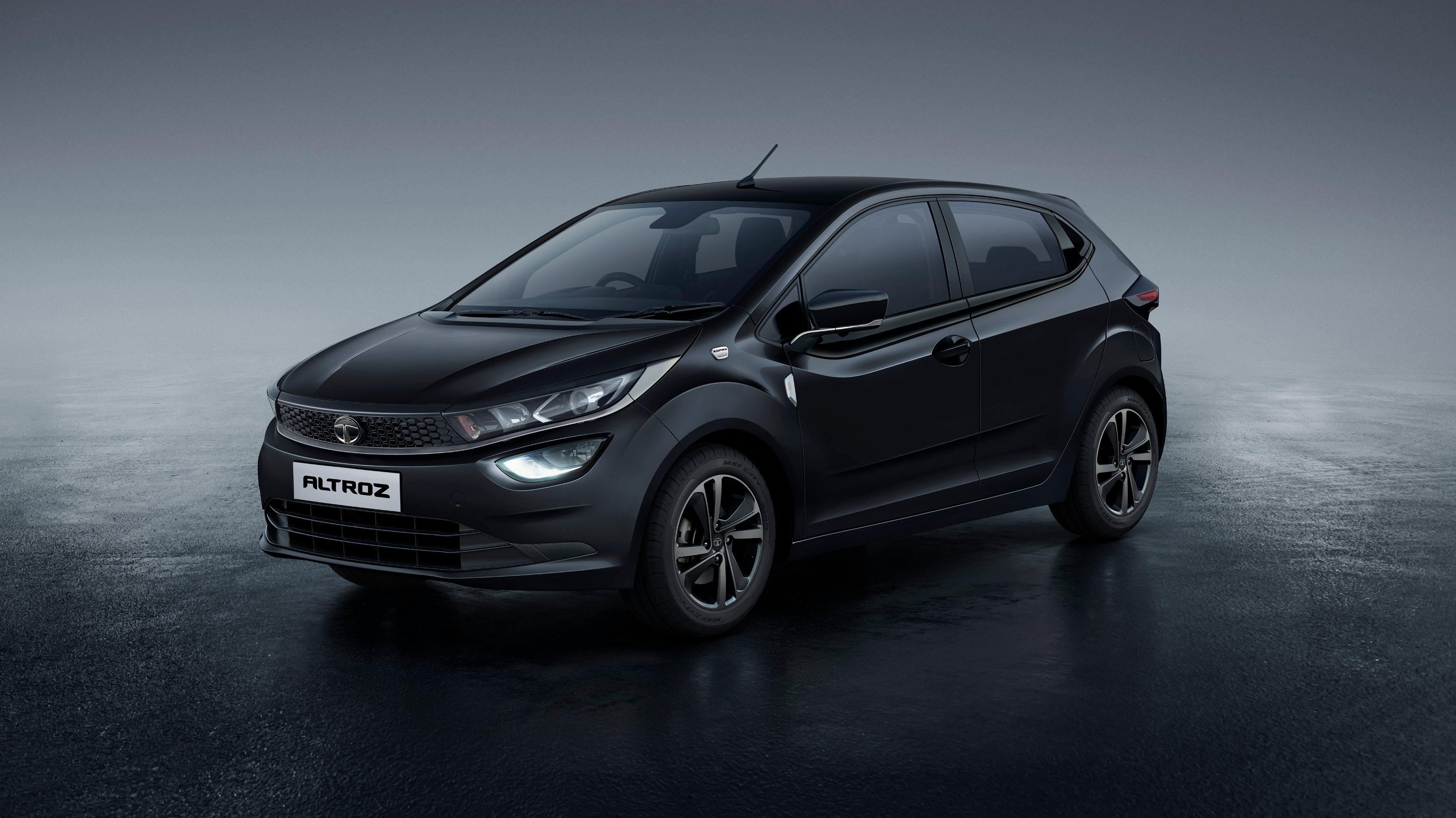